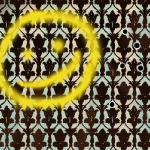 Hey, I'm rchie743 and apparently you have landed on my page, which means that I should probably show you around my humble abode and tell you about myself!

For those of you who think that I am some guy named "Richard", I hate to bust your bubble, but I am a GIRL. You wouldn't believe number of times that people though I was a boy. Once, on a separate wiki, someone believed that I was boy for around six months. Needless to say, when the truth came out, it was incredibly awkward.

Alright, so I have that covered. I started watching Psych around 3 years ago (I think), and it sort of became my most favoritest show in the history of ever. I joined this wiki in late December of last year, so it's almost been a year here for me. I adopted the wiki a month later, and I have been fixing up and managing this lovely wiki ever since.

Even though Psych is my all time favorite show, I do watch other things. I enjoy watching Doctor Who and sometimes The Big Bang Theory. I love to watch movies, and the Marvel Cinematic Universe ones are my favorite. I just saw Thor: The Dark World recently, and it was spectacular. I also enjoy the Lord of the Rings and the upcoming Hobbit films. Benedict Cumberbatch as Smaug = Amazing. I love to read, and I specialize in fantasy books. If they have dragons, even better. I also the proud owner of one Psych's Guide to Crime Fighting for the Totally Unqualified book (which I shall now call PG2CF4TTU), which is sitting upstairs, in my room. It's seriously amazing. If you love Psych, you will love it. Be warned, there is a tad bit of swearing here and there. Other than that, it's pure awesomesauce.

Hrmm, I don't really have much else to tell you about myself. If you have any questions, concerns, or just want to talk, feel free drop a message on my message wall.

Shawn: Believe me, I know what it feels like growing up with an older sister who gets all the attention.

Chief Vick: I didn't know you had an older sister, Spencer.

Shawn: I don't. But I did watch a lot of reruns of The Brady Bunch.

Lyin' Ryan: The night before, I went to this restaurant to get a basket of these things called Fries Quatro Queso Dos Fritos. You know, the ones where they inject potatoes with a four-cheese mixture, fry them three-quarters of the way, pull them out, batter them, fry them again, and then serve them with bacon and an ancho chile sour cream? Anyway, as I was sitting there, a car speeds right through the storefront across the street. It makes such a loud noise, I had to turn my head and look, and that is when I overheard the guy with the curlicues on his face tell the other guy at the corner table about the assassination plot.

Shawn: [in the observation room] Can it be true?

Shawn: I mean, is it even possible?

Shawn: There's no way you could prepare a fry like that. That'd be way too much for the... for the human palate to manage.

Gus: It would be a flavor seizure.

Shawn: They must be parboiling the potato first. 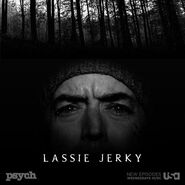 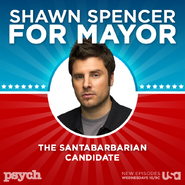 His campaign commercial was truly amazing. 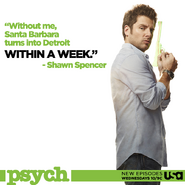 Found this while cruising around White Rock (where Psych is filmed) on Google Maps.

My PG2CF4TTU and official pineapple earrings.

Gus's response to Shawn's nay-saying of Doctor Who.
Add a photo to this gallery
Retrieved from "https://psychusa.fandom.com/wiki/User:Rchie743?oldid=18915"
Community content is available under CC-BY-SA unless otherwise noted.