"Psych: The Musical" is a Season Seven episode of Psych, but it aired as a two-hour special on December 15, 2013, at 9/8c, outside of the rest of the season. The events of the episode occur before Lassiter and Marlowe's wedding.

As the title suggests, it's a musical.

Shawn and Gus track down playwright madman named Z (Anthony Rapp), who six years earlier was deemed criminally insane after locking a critic in a back room of the theater that he burned to the ground, and who has been locked in a mental institution since. Shawn and Gus are forced to consult with the one person Z confided in while in the institution, a dangerous villain from Shawn's past. 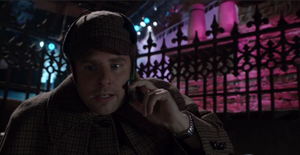 The gallery for Psych: The Musical can be found here. 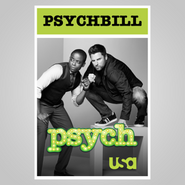 Psych: The Complete Collection
Add a photo to this gallery
Retrieved from "https://psychusa.fandom.com/wiki/Psych:_The_Musical?oldid=36235"
Community content is available under CC-BY-SA unless otherwise noted.