Timothy Omundson
(Nicholas Holmes in flashbacks to his youth)

Carlton Jebediah Lassiter (b. April 11, 1968), also known as Lassie, Booker, Binky and sometimes Detective Dipstick, is a main character and Head Detective of the Santa Barbara Police Department. He was demoted to a regular officer in "No Trout About It", however, he regained his position of detective as of "Cog Blocked" and is currently the Chief of Police. He is the husband of Marlowe Lassiter, the father of Lily Lassiter, and the older brother of Lauren Lassiter. He is portrayed by Timothy Omundson. Nicholas Holmes plays a young Lassiter during a flashback in Psych 2: Lassie Come Home.

Head Detective Carlton Lassiter is (as of the Pilot) a 10-year veteran of the Santa Barbara Police Department who prides himself on his ability to solve any case. He dislikes the department's "psychic" consultant, Shawn Spencer, who continually "steals" his high profile cases and solves them using hunches from the "spirits" instead of old-fashioned police work. Despite this, he has shown that he cares for Shawn as a friend throughout the series.

Carlton would rather do old-fashioned police work that gets the job done than let Spencer tag along with his unconventional methods and annoying sense of humor. He believes that hard work is the answer to solving a crime, not psychics and voodoo dolls.

Lassiter has many hobbies. He is an Aries.

We learn in "Psych 2: Lassie Come Home" that his father died of complications during a routine bypass surgery when Carlton was young. As his mother worked long hours and possibly had more than one job, he spent a lot of time in Old Sonora, a recreation Western boom town, and formed a close father-son bond with Sheriff Hank Mendel.

In "Cloudy... With a Chance of Murder", it is mentioned that Lassiter will have been a head detective at the SBPD for 11 years come May 2007, which means he must have been promoted to that role in May 1996.

In "No Trout About It", Lassiter was demoted from head detective to an officer by interim police chief Harris Trout.

In "S.E.I.Z.E. the Day", Marlowe revealed that she is pregnant and Lassiter is going to be a father. This scared Lassiter for the entire episode, however, by the end he realized being a father could only make him sharper, and he apprehended the criminal. After apprehending the criminal, he was given the side job of Harris Trout's personal driver.

In "Shawn and Gus Truck Things Up", Marlowe visits Shawn and Gus at their newly purchased food truck. They were there to find clues to a murder, but Marlowe goes into Labor and Lassiter finally becomes a father to his beloved daughter Lily.

In "1967: A Psych Odyssey", Lassiter became the Chief of the SBPD. He is seen briefly in "Psych: The Movie" in a video call with Juliet (c. 58 mins into the film; due to Timothy Omundson's real-life stroke, the script had to be considerably re-written at the last moment).

Carlton is hard on everyone, including himself. He protects himself from being hurt with his no-nonsense, sour approach to life, and shields himself from his low self-esteem with his tough attitude. Fortunately, his very few close friends are loyal and know how to see (and bring out) the best sides hiding in Lassie; the sides hidden behind the pompous put-downs, bitter expressions, and immature stubbornness. Behind his grumpy and ruff exterior is a sensitive and sweet soul, often very caring and insecure. Lassie has been known to (occasionally) do good deeds but remains subtle in those cases. Examples of this are his willingness to take a bullet for his partner or arrange the paperwork to get Shawn's impounded motorcycle returned.

He's also quirky and has understated humor – as is often demonstrated in his various hobbies and side activities. Lassiter can be rather arrogant and believes he is viewed with far greater respect than he truly is. In "Extradition: British Columbia", he joins in the hunt for Pierre Despereaux, a thief he has spent over six years hunting down. When Shawn traps the man, Lassiter gloats over finally getting his prey, only to have Despereaux declare he has no idea who Lassiter is.

Carlton often dreams he's Clint Eastwood, mostly from Heartbreak Ridge. He was nearly arrested flying into Canada as he assumed he could take a gun on the plane as an officer. He states he has at least a dozen guns hidden around his home and doesn't see the harm in threatening a suspect. He has stated his belief that there's little to no room for interpretation of the U.S. Constitution and he has an unusually high threshold for pain. He is quick to anger and has been shown to disregard or ignore other people's feelings in multiple episodes. He also holds the US Government in high regard, even going so far as to use federal terms and offices in his vows to Marlowe.

Victoria Parker is Carlton's ex-wife. When the series started it was said they had been separated for 5 months. However, Lassiter reveals to Shawn in a drunken state at the beginning of the episode "From the Earth to Starbucks" that they had in fact been separated for 2 years precisely at that point. In "Tuesday the 17th", Carlton meets Victoria for what he thinks could be a second chance but is, in fact, divorce papers she wants him to sign. They are then officially divorced.

Carlton and Lucinda Barry were dating secretly in the pilot. Lucinda did not want anyone to think that she is not being promoted for her hard work, but rather for sleeping with the head detective. However, Shawn observed that they were together and Lucinda was transferred to another police department. Carlton later remarked that he really liked her after he discovered that Shawn and Juliet were together.

Marlowe Viccellio is a pretty blonde that Lassiter meets in a bar in "This Episode Sucks". She leaves to freshen up, saying she'll be right back but escapes through a window instead. He has Buzz McNab try and find her; when he does find her, she says she was scared because her feelings for him were very strong. Later, she's arrested for murder and Lassiter tells her they're done. He then realizes that she isn't the killer; the real killer is her brother, whom she was helping. She did not know that her brother Adrian was killing people; she was only helping him steal blood from blood banks to fix his disorder. Lassiter writes a note to Marlowe, then visits the jail and shows her the note, which says he'll wait for her while she is in prison (6-18 months). When her time is almost up, Lassiter buys a condo for them to live in. He also refers to her as his 'Lady love'. He proposed to her in "Cirque du Soul" to get back at a formal parole officer. They are currently living together. They were married in "Deez Nups" by a criminal that Lassiter was trying to protect from a mob boss. During the wedding, they were shot at by the mob, but they fought them off and arrested them. Marlowe and Lassiter were then married. In S.E.I.Z.E. the Day Marlowe revealed that she is pregnant.

Carlton and the SBPD's Junior Detective Juliet O'Hara share a close friendship, since, as partners, they put their lives in each other's hands. Lassiter can often be seen looking out for her and trying to protect her. In the episode "Shawn Rescues Darth Vader", Lassiter tells Shawn that he would shoot him repeatedly if he ever hurt Juliet, but also has helped Shawn because he knew that Juliet loved him. He has stated that she was the best partner he could have asked for. He has also helped Shawn avenge the shooting of Henry simply because he knew that he had to protect Shawn, knowing that Juliet loved him. In the first two seasons, and early in Season Five, he sometimes treats her like a dumb teenager and has no respect for her. Juliet invites him over for Christmas dinner where Lassiter shows up her nephews but assumes they like his company better than their aunt's. Later on, he verbally acknowledges several times that he is often impressed, and even proud, of her skills. He's always looking out for her and can be more than a little over-protective. Season Four ends with her breaking down in tears in his arms. He often refers to her as his "only real friend" and cares for her more than he'll ever admit. The feeling was shown to be mutual when Juliet allowed Carlton's girlfriend Marlowe to stay with them when her parole officer would not allow her to live with Carlton.

Carlton often shows his disgust for Shawn and the superstitious in general. He often refers to it as nonsense and is upset when Shawn's methods outrank his own and allow Shawn to solve a case when Lassiter cannot. Because Shawn enjoys Carlton's disgust for him, he often calls him "Lassie," as his last name is Lassiter. Despite their attempts to do better than the other, Shawn has shown that he cares for Lassiter when he helped him solve a case and ended up giving Lassiter all the credit when the head detective was depressed by his separation from his wife. Carlton also has helped Shawn on occasion, although that may be attributed to the fact that he was making sure that Juliet did not get hurt. Lassiter has also shown no regard to personal items, as was shown when he simply, and surprisingly, used Shawn's bathrobe without asking him. Over the years, the two of them were able to connect more, as was shown when Lassie spent some time fishing with Henry Spencer and stated that, through those fishing trips, he was able to understand why Shawn was so messed up. He has been known to be somewhat naive, as was shown in "Six Feet Under the Sea", when Shawn wanted the coroner to do an autopsy on a body that was already buried and spelled out "the sea lion" (Shabby), but Lassie believed it to be French, pronouncing it "thes-a-le-on." In the series finale, Shawn leaves a video message behind for Lassiter, talking of his respect for the man and how he was always the one who suspected the truth about him. Just before Shawn confesses he is not psychic, Lassiter ejects the DVD and breaks it, preferring to remember the good Shawn has done over the truth.

In "There Might Be Blood," Carlton became attracted to Chief Vick's sister, Barbara Dunlap, the head of the Coast Guard. He believed her to be strong, which was what made her attractive. At the end of the episode, Barbara revealed that she grew attracted to Carlton. At that point, Chief Vick, Shawn, and Gus all told her not to go out with him. Believing that her sister wanted Carlton all to herself, Barbara quickly proceeded to ask Carlton out to lunch, where he immediately turned around to go off with her, saying, "Aye, aye!" They did not stay together.

Juliet: Wow, I can see why you come out here to eat. It's beautiful. The sound of the seagulls, the smell of the ocean, the salt air...
Lassiter: Hmm. I never noticed. (9 Lives)

Shawn: [bursts into Vick's office] Ham pencils! Sheila E... tomato bark! Velvety shark toast... shark toast!
Chief Vick: Is there something wrong with you, Mr. Spencer?
Lassiter: You picked today to ask him that question? (Meat Is Murder, But Murder Is Also Murder) 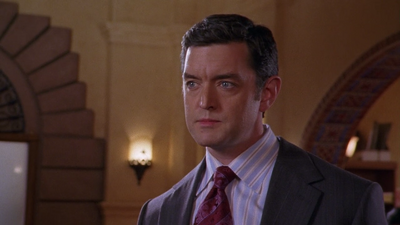 The gallery page for Carlton Lassiter can be found here.

Retrieved from "https://psychusa.fandom.com/wiki/Carlton_Lassiter?oldid=38236"
Community content is available under CC-BY-SA unless otherwise noted.