Burton "Gus" Guster II (b. December 1977), also known as the Vault of Secrets, Fearless Guster, Big Head Burton, Magic Head, and numerous other aliases, is the deuteragonist of the series and the best friend and crime-solving partner of the protagonistic psychic detective Shawn Spencer. He is portrayed by Dulé Hill. Carlos McCullers II plays him in flashbacks to his youth.

Gus has been a partner to the impulsive adventures of his best friend Shawn Spencer since they were kids. It gets him into plenty of trouble, which may be why he keeps trying to convince himself that the straight and narrow--a job as a pharmaceutical sales rep, a 401(k), and a regular paycheck of $48,000--is right where he belongs. After all, he is a "sympathetic crier" who enjoys softer interests and doesn't like heights, planes, corpses, or jumpsuits. He also has two left knees. So being part of psychic investigations isn't his idea of fun...and it brings him closer to realizing his fear that the story of Gus ends in a tragic, wrongful conviction.

Still, the idea of being a private investigator intrigues him, and while he is befuddled by Shawn's behavior most of the time, he knows that the excitement and adventure of their detective enterprise might just make it all worth it.[1] He does, after all, bring many things to the table: 1) the Blueberry, 2) the Super Sniffer, and 3) a positive work attitude. He can also use skills he picked up from Navy Scouts and an encyclopedic knowledge of pharmaceuticals. In most episodes, he gives Shawn the necessary background knowledge to solve the case. And it probably helps that Gus is 1/16th robot (not the evil kind).

Gus was described in the serial killer Mr. Yang's book as "laughing on the outside, crying on the inside. The fastidious wrinkle in the brow of Psych". Yang also wrote that Gus has "skin of pure cocoa velvetiness" and that she would like to "use that skin to make children's dolls." Burton has many hobbies. In season 8, Gus finally manages to gather the courage to quit his job, realizing he wants to do more with his life.

In The Break-Up, Gus gets a better job but leaves it to move to San Francisco to continue being a private detective with Shawn.

Burton has always been Shawn's "sidekick". He has been with him with most the cases that were given to them. While Gus may not have Shawn's abilites he has proven himself in other ways. He has a lot of knowledge in other things that a typical person may not have known, mostly related to chemistry and medicine due to his education. He also has proven himself for being very smart for knowing big words and explaining them to Shawn. Unlike Shawn who likes to jump into danger Gus likes to think about things twice before actually doing anything. Most of the time he and Shawn end up bickering for a minute about whether they should do it or not. They typically end up doing much to Gus's unwilling. Gus has always been nervous especially with Shawn. They usally end up finding themselves in a situation they get out of themselves or Lassiter and Juliet end up finding them.

Gus has referred to himself as "the player" on numerous accounts. He will hit on girls even in a very inappopriate sitation, such as in the episode "The Tao of Gus". Gus has not had a long-lasting relationship, although he was married briefly. He has hit on a lot of girls, but is generally too over the top to have much success. Gus is attracted to the crazy girls as it has been proven in several episodes. Even though he knows that they are crazy he still likes them.

Gus is a funny guy who will stick by his best friend Shawn. Even though Shawn gets them in trouble, a lot. He is a loyal friend who will stick by the people closest to him. He complains a lot to Shawn about how he's going to get them killed but ends up helping in the end.

Gus almost won the spelling bee as a kid (as seen in the episode "Spellingg Bee") but took Shawn's advice and misspelled his word. He has not forgot about it since then and still carries it around today. As a child, Gus applied for and was accepted into the Meitner School for gifted students. His parents turned down the placement. They told him it was too far to drive, but they were concerned about separating him from his close friend Shawn. They attended school together through high school, where Gus was voted "Most Well-Liked" and "King of Howdy-Day", as well as "Most Likely to Succeed" (or Become Great). Gus also did one semester of pre-law in sixth grade. The only time Gus and Shawn were separated was when Gus went away to attend college. According to what he says in 100 Clues, Gus attended Pomona College.

Gus' intelligence leads to the creation of many, often hilarious, theories and philosophies. For instance, Gus has a Teen Wolf theory, based on the movie Teen Wolf (or Teen Wolf II). This theory states that, if some guy in his high school turned into a wolf, he wouldn't be cool with him just because he could dunk basketballs. He also believes that Michael Jackson faked his death, having learned how to from Lisa Marie--since Elvis didn't die until 2008.

Gus's parents, Bill and Winnie, who own a time-share in Chula Vista, are overly protective of their son... though they didn't appear to be around when Gus once got locked in a closet with an incontinent tabby named Mr. Bee. Even as an adult, they regard him as a child who needs looking after. They even protected him from the fact that they were not married when they had him, and were shocked when he told them that he knew. They also disapproved of his friendship with Shawn, whom they regarded as a bad influence. Although, after Shawn and Gus solve a murder for which Bill and Winnie had been wrongfully arrested, they mellow towards Shawn, and offer him cash to look after their son.

Gus also has an older sister Joy, which does not make sense considering the fact of his parents' marriage as stated above, who shares a mutual attraction with Shawn. Gus has stated that he thinks that she may have been adopted, while he was a "perfect little miracle." He may have a brother, as one has been referenced in Gus' blog on the official USA Network website, but received no mention in the show as aired. In the deleted scenes for "Gus' Dad May Have Killed an Old Guy" on the Season 2 DVD, Gus's mom mentions a brother who lives in Connecticut. Gus also has his uncle after whom he was named -- "Burton Guster", nicknamed "Burt" for short. The uncle seems to hate him for choosing to go by Gus instead of Burton.

One could also include Gus's first wife in his family--up until their marriage ended. While in Mexico on Spring Break in 1997, Gus met Mira Gaffney and married her on a drunken binge. He says that Mira is the one woman he can't resist. He broke off the relationship soon afterward, and the two lost contact until 2008 when the marriage was annulled in anticipation of Mira's upcoming wedding. Despite this, they were good friends with one another and Gus and Shawn ended up discovering the truth, resulting in the marriage being canceled.

Gus dated a woman named Rachael who he met on an online dating site. She and Shawn didn't get off on the right foot, with him going as far as to accuse her of being a serial killer, however they do make a step forward, as Shawn is going to object to her saying an apple being a snack, however he just kept his mouth shut and looked for an apple. As this is happening, she introduces Gus to her son, Maximus, shocking Gus. Gus continues to date Rachel despite this, and even starts having days where he spends time alone with Max, but when Shawn took Gus and Max to an investigation, and Max saw a man die (despite the fact that the man was already dead when Max saw him) and later was arrested after following criminals into a laboratory and thus trespassing, she broke up with him. At the end of the episode, Rachael and Gus get back together after it is shown that Max missed him. Rachael told Gus that Shawn called her and told her what happened, revealing that Shawn both sabotaged and repaired Gus's relationship. Max has been useful in solving cases with Shawn and Gus by noticing people and objects that both Shawn and Gus missed. Later on in the season, she and Max had to go back to London to sort out their visa, when she got back in London they saw Max’s dad. One episode before the finale, Rachel sent Gus a letter with a bunch of cookies, with the letter stating that she wanted to talk to Gus. Gus considered the cookies a break-up gift from Rachel and became heartbroken as he ate them.

Gus and Shawn have been best friends since they were born. Or, as Shawn claims, since the womb or before that. They grew up together and remained friends after 30+ years. As kids they would always go on adventures with each other. They would also fight a lot as kids but in the end make up. As adults Shawn convinces Gus to join him on a case. Since then they have been cracking cases with each other. Shawn has always been there for Gus even if it ends up with them being tied up or almost getting shot at. The two of them will end up getting into fights every now and then. Sometimes they would start a case by themselves (mostly Shawn), but in the end they would have each other's backs and protect each other. About every time Shawn introduces themselves to a witness, suspect or victim he introduces Gus with a nickname like Longbranch Pennywhistlers (see List of Gus' Nicknames for more examples). The two end up bickering during almost every episode regardless of the gravity of the situation they are in. If they are being held hostage or staking out they will bicker when they don't agree with each other. However, in the end they end up forgetting about it and act like nothing happened. 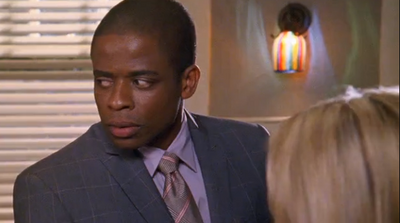 The gallery page for Burton "Gus" Guster can be found here.

Retrieved from "https://psychusa.fandom.com/wiki/Burton_%22Gus%22_Guster?oldid=34623"
Community content is available under CC-BY-SA unless otherwise noted.